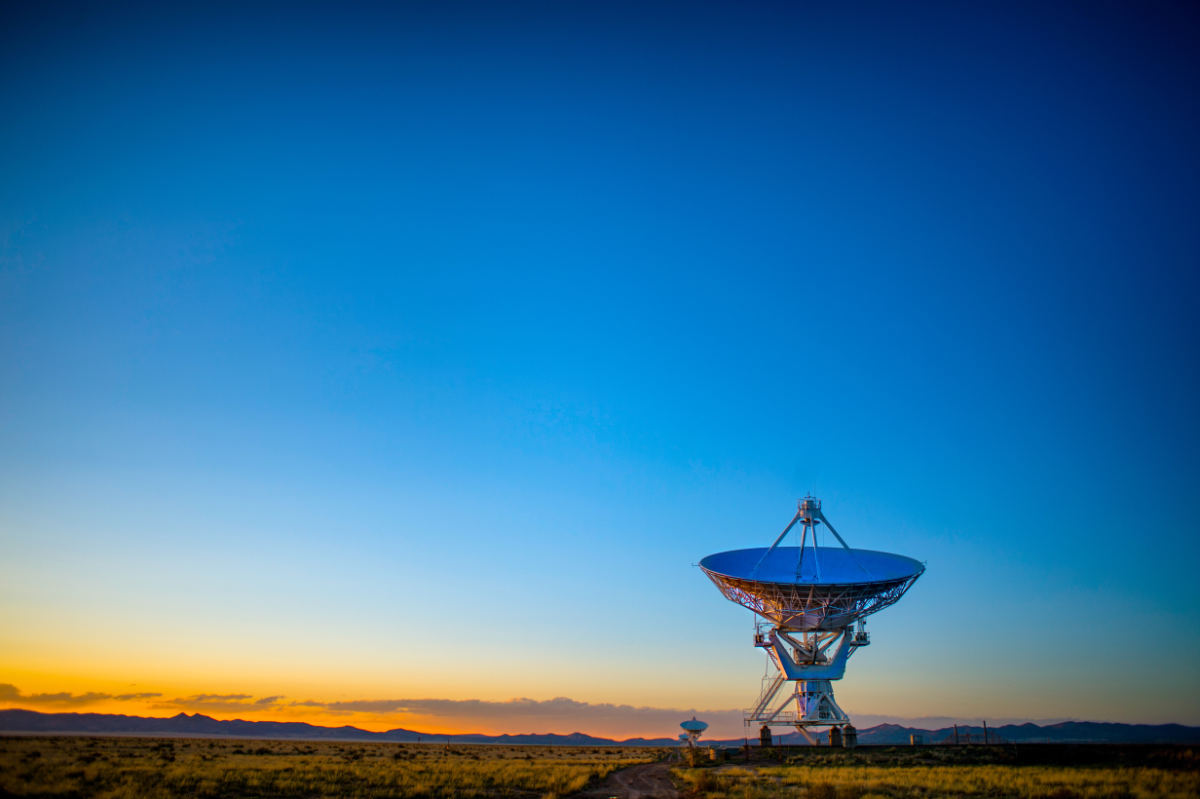 To complement and expand on the STEM focus with your Space Camp Tour, you can add an appropriate destination to your itinerary, or just explore multiple cities discovering the different aspects of STEM in different locations and activities. 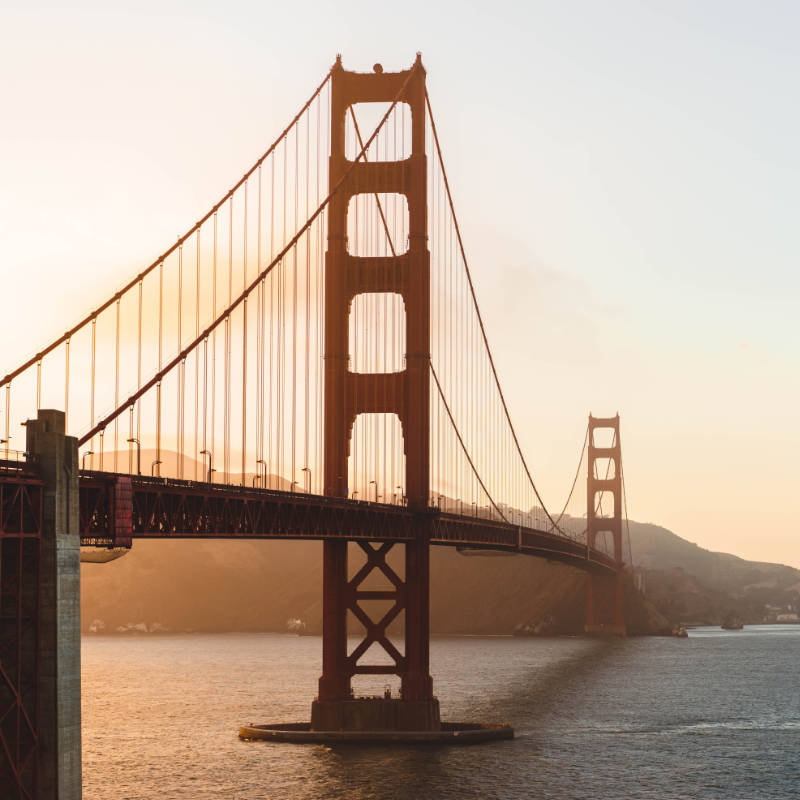 Google – Google’s Mountain View office – lovingly referred to as the “mothership” – is one of the best tech campuses in the world. You’ll see lots of crazy stuff, like a putting green, self- driving cars, and even their own gardens and basketball court.

Exploratorium – The Exploratorium is an eye-opening, playful place where you will discover hundreds of intriguing exhibits, indoors and out. Stanford University – Explore Stanford’s campus, and their state-of-the-art Science and Engineering Quad (SEQ) with an enthusiastic student guide.

National Ignition Facility – Based in the Lawrence Livermore National Laboratory the National Ignition Facility is the world’s largest and most energetic laser facility ever built. NIF supports fundamental advances in support of the national security, fundamental science, and energy security missions. Additionally, experiments at NIF are laying the groundwork to revolutionise energy production with fusion energy to provide abundant and sustainable clean energy through the development of inertial fusion energy (IFE). Alcatraz Tour. 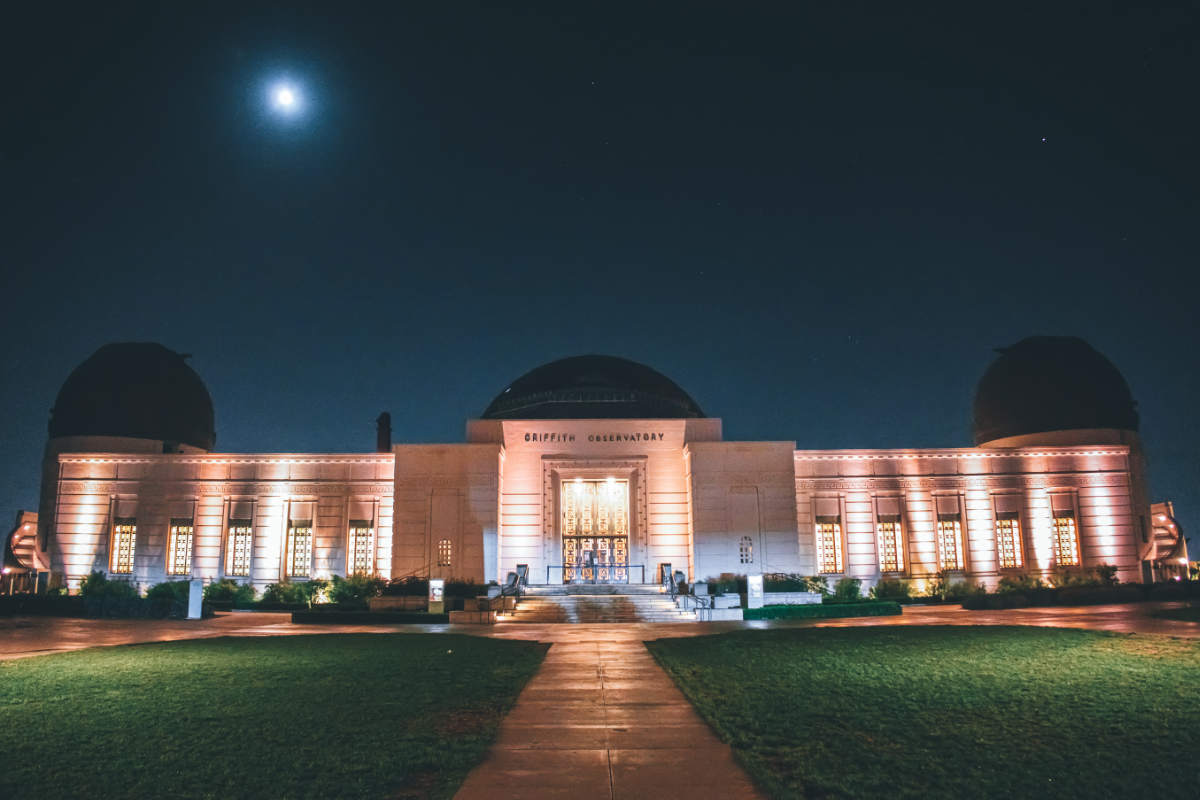 Jet Propulsion Laboratory – Managed for NASA by the California Institute of Technology, the Jet Propulsion Laboratory is the leading U.S. centre for robotic exploration of the solar system. You will join an Educational Tour that commonly include a multimedia presentation on JPL entitled “Journey to the Planets and Beyond,” which provides an overview of the Laboratory’s activities and accomplishments. Guests may also visit the von Karman Visitor Center, the Space Flight Operations Facility, and the Spacecraft Assembly Facility.

Getty Museum – The J. Paul Getty Museum seeks to inspire curiosity about, and enjoyment and understanding of, the visual arts by collecting, conserving, exhibiting and interpreting works of art of outstanding quality and historical importance.

Mount Wilson Observatory – In the first half of the 20th Century, eminent astronomers such as Harlow Shapley and Edwin Hubble used the incomparable facilities of Mount Wilson Observatory to forever alter humankind’s view of our place in a vast and expanding Universe. Today, Mount Wilson’s original solar and night-time telescopes, the world’s largest for two generations of astronomers, have been joined by new facilities achieving unprecedented high-resolution views of the stars.

Griffith Observatory – Griffith Observatory sits on the south-facing slope of Mount Hollywood in Los Angeles’ Griffiths Park. The observatory is a popular tourist attraction with an extensive array of space and science-related displays. La Brea Tar Pits – Until 11,000 years ago Los Angeles was teeming with wildlife. Though many smaller species still survive, most of the large and exotic mammals became extinct. Explore prehistoric Los Angeles through fossils captured by the La Brea Tar Pits.

Organovo – Organovo is an early-stage medical laboratory and research company. That designs functional human tissues. Their bioprinting technology enables the creation of 3D tissues that more accurately reproduce native tissues. The Organovo focus is on developing a range of tissue and disease models for medical research and therapeutic applications.

Kennedy Space Center – The Kennedy Space Centre is the location of every NASA manned space flight since Dec 1968. Housed at KSC is the Space Shuttle Atlantis which flew 33 missions including to the International Space Station, Hubble, to deploy space probes and satellites.

THE KSC experience includes an ‘Up Close’ tour of launch sites, the Vehicle Assembly Building where rockets are still built, landing facilities and Saturn V moon rocket. Students will also have the opportunity to have lunch with an Astronaut, hear about being in space and ask questions of their own. Indoor Skydiving & Physics Experience – An iFly wind tunnel is a marvel of math, science and engineering that connects classroom learning to the real world. On a field trip to iFly Orlando, your students will conduct experiments, receive flight and safety training, fly in the wind tunnel, and learn all about the STEM concepts involved in their flight. Everglades Airboat Ride – Let our experienced Master Captains take you into the breathtaking beauty of natural wonders, including wetlands, cypress trees, and wildlife.

See Florida Alligators, turtles, birds and more in their natural environment. You will enjoy whisking across the surface of the water at speeds up to 45 mph while shooting between walls of tall grass.

Disney’s EPCOT Center – EPCOT is dedicated to the celebration of human achievement, namely technological innovation and international culture. This Disney center spans 300 acres and includes science exhibits such as the Universe of Energy, the Living with the Land and the Living Seas displays. EPCOT also contains Future World, with rides such as Test Track, Mission Mars and Spaceship Earth.

Universal Studios – Take part in an exclusive Educational Program entitled Innovation in Motion where they will participate in an in-depth discussion of ride design and the application of science and physics when building attractions at Universal Studios® and Universal’s Islands of Adventure®. Hear what engineers at Universal Orlando® use on a daily basis to design state-of-the-art attractions. 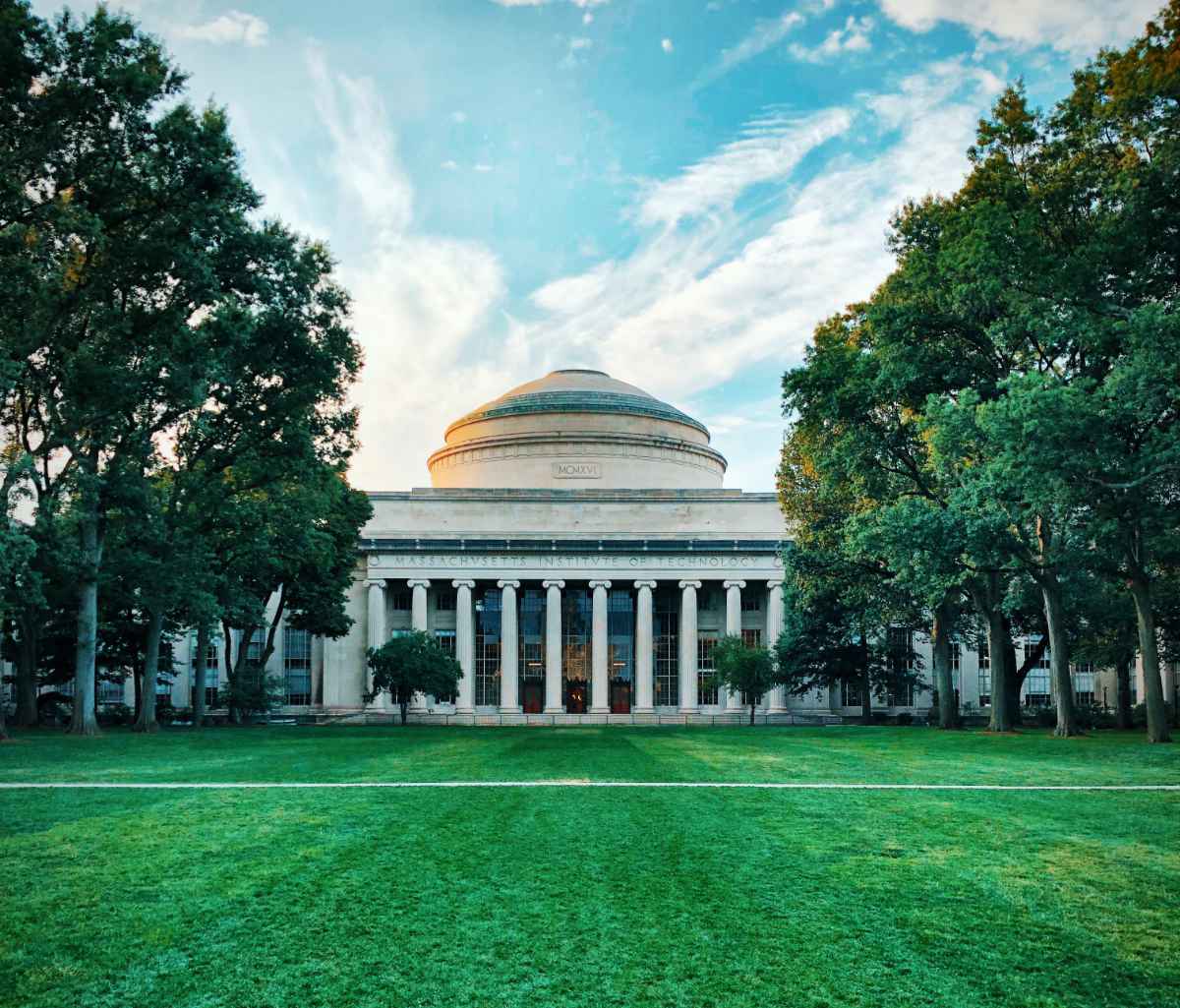 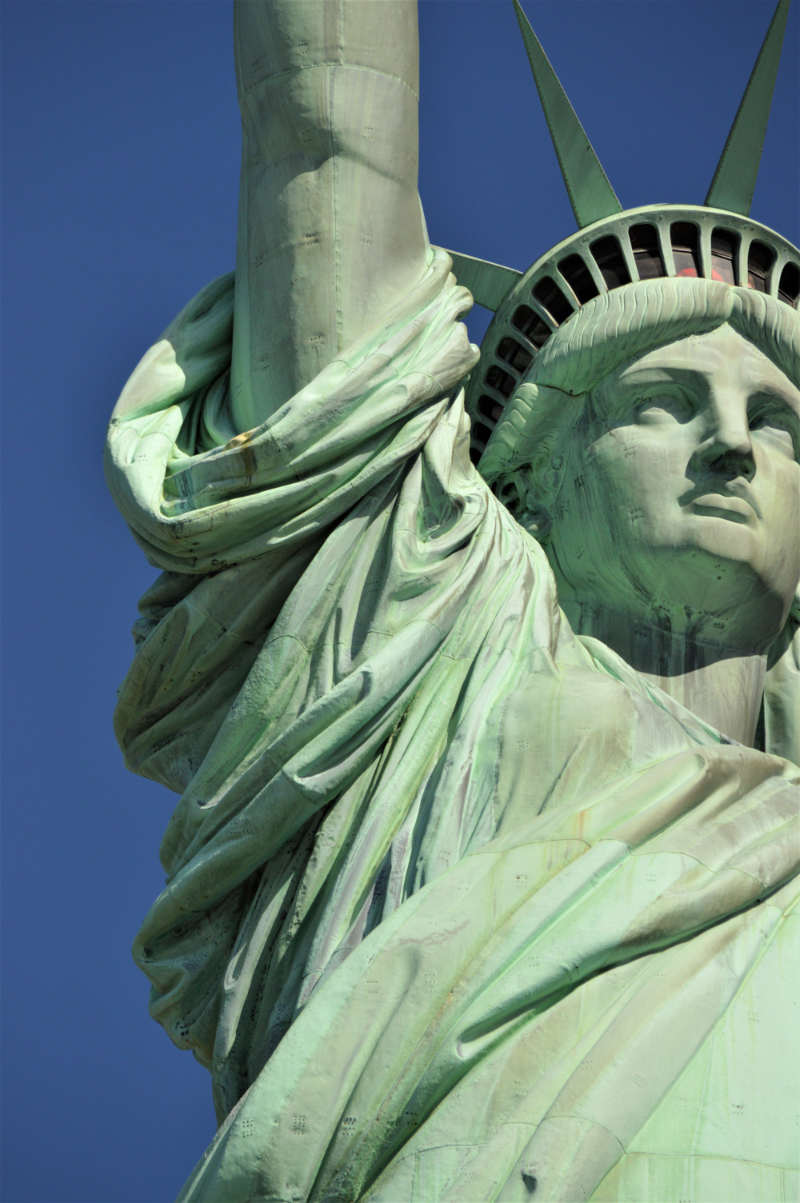 United Nations – Go on a brief journey through the corridors of international diplomacy. You will learn about the history and structure of the Organisation, and receive information on the iconic buildings located by the East River. Natural History Museum – The American Museum of Natural History is one of the world’s preeminent scientific and cultural institutions. The Museum is renowned for its exhibitions and scientific collections, which serve as a field guide to the entire planet and present a panorama of the world’s cultures. High Line – Broadway Show – Wall Street – Battery Park – Grand Central Station – Empire State Building – Madison Square Garden. 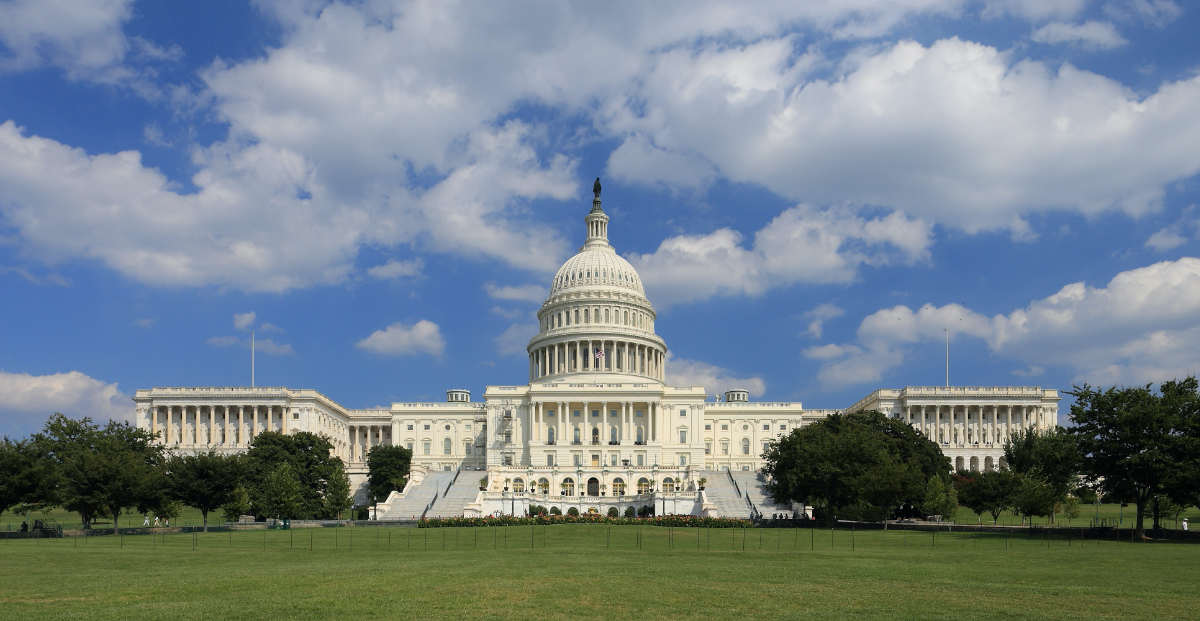 National Air & Space Museum – The Museum is the largest of the Smithsonian’s 19 museums and its Center for Earth and Planetary studies is one of the Institution’s nine research centres. The Museum’s collection encompasses some 60,000 objects ranging in size from Saturn V rockets to jetliners to gliders to space helmets to microchips. One-third of the Museum’s aircraft and spacecraft are one-of-a-kind or associated with a major milestone. White House – Capitol Building – Lincoln Memorial – Washington Memorial – National Archives Building – Reflection Pool – Arlington Cemetery – Mount Vernon.